Prostate cancer is one of the most common cancers in men. It is estimated that one out of every 9 American men will develop prostate cancer before the age of 85. The risk of developing prostate cancer greatly increases with age.  It rarely occurs in men younger than 40.

Every man over the age of 40 should have a digital rectal examination (DRE) as part of his regular annual physical checkup. In addition to the DRE, it is recommended men greater than 45 have an annual physical including DRE and prostate-specific antigen blood test (PSA). For men in a high-risk category, including family history (father or brother) or if the individual is African-American, annual screenings should begin at age 40. If either digital rectal examination or the prostate-specific blood test is abnormal, further evaluation including a biopsy should be considered.

For most men, prostate cancer is a silent disease – with no pain or other warning signs telling you cancer is there – until it is advanced. But early detection – before symptoms develop – is available and saves lives.

Urology Associates recommends an annual physical including a PSA & DRE after the age of 45.  High-risk individuals should begin annual screenings at age 40.  A PSA is a blood test and a DRE is an exam where the physician feels the prostate and evaluates for lumps or hard areas that could indicate prostate cancer.

“If I hadn’t gotten the testing, I wouldn’t have caught cancer early, and I would likely have had a much greater problem,” says Bob. 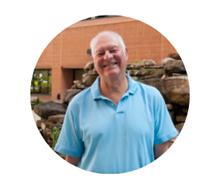 An early PSA test allowed Bob Roper to live his retirement to the fullest, click here for Bob’s story.