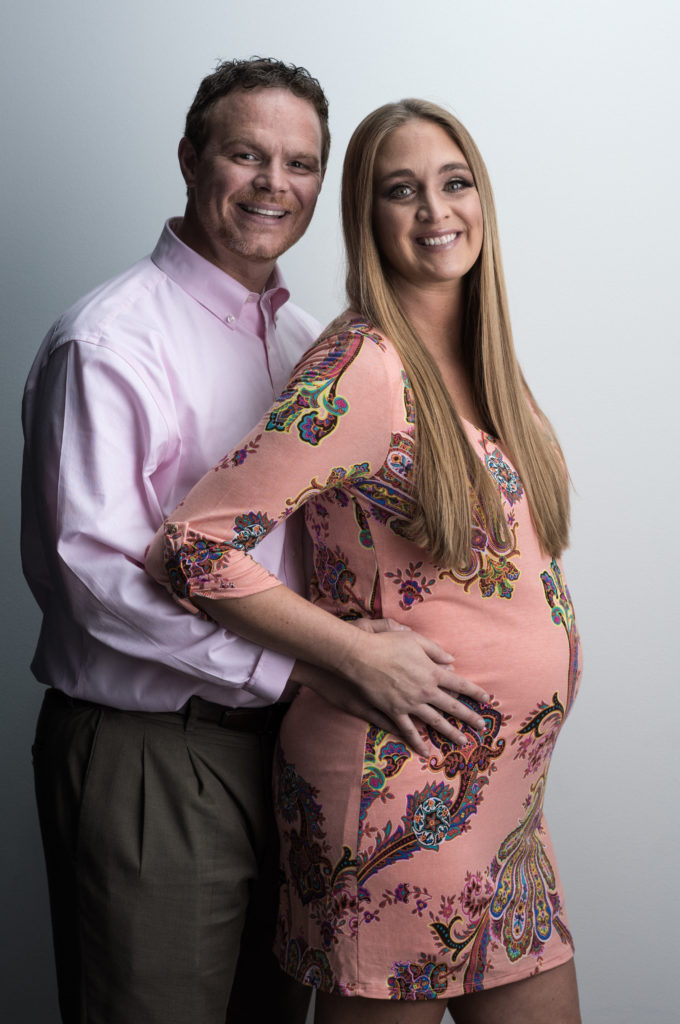 With married life just beginning, Matt and Dee Meyer looked to Dr. Clay Mechlin for help to grow their family.

When Matt Meyer first met his wife, Dee, back in January 2015, he had no idea the direction his life was getting ready to take. He was at a basketball game to watch his oldest son, Drew, play ball. Dee just happened to be at the same place at the same time, there to watch a good friend who was playing in an earlier game.

“The person Dee was there to watch just happened to be Drew’s girlfriend,” Matt says of their first encounter. “We connected after the game and soon after went on a date, and the rest is history.”

As the months went by, Matt and Dee’s relationship began getting more serious, and the couple found themselves delving into deeper topics.

“As our relationship progressed, we started talking about marriage and talking about children,” says Matt, who already had three great boys from a previous marriage. “She doesn’t have any children, so it was definitely something that was on her radar.”

For Matt and Dee, however, the conversation was a little more complicated. Years earlier, after the birth of his third son, Matt had undergone a vasectomy. At the time, he had figured that phase of his life was over. But now here he was, with a woman he hoped to marry, wondering if the two of them could grow their family together.

‘He put my mind at ease’

After some research, Matt decided to visit Urology Associates of Central Missouri, where he met with Dr. Clay Mechlin, a vasectomy reversal specialist. By the end of that first meeting, Matt already felt confident he had found the right place.

“My very first visit with Dr. Mechlin was memorable for me,” Matt says. “I came into his office scared, doubtful and a little insecure with my situation (needing a reversal at 44 years old). Dr. Mechlin was very gentle, understanding and put my mind at ease and gave me a lot of confidence in just one meeting. He offered sound information and even alternative routes if Plan A didn’t work.”

Matt had the outpatient vasectomy reversal procedure done with Dr. Mechlin in September 2016. And on Nov. 5, 2016, he and Dee became husband and wife — just shy of two years from the day they met.

‘We both feel grateful’

Before and following Matt’s procedure, Dr. Mechlin remained optimistic about the expected results. But even in successful vasectomy reversals, couples can expect to wait six months or more before conceiving a child. With the wedding behind them, Matt and Dee were excited about the possibility of a new baby, but they were prepared for the long wait ahead. Then, in February 2017, Dee decided on a whim to take a pregnancy test.

“Matt was headed out of town for his son’s basketball tournament, and I decided to take a test,” Dee says. “I wasn’t experiencing anything, and I wasn’t late, but I had a test, and I took it. And it was positive.”

Even though these were the exact results Matt and Dee had been working toward and waiting on, it still came as a surprise.

“I called Matt,” Dee remembers with a laugh, “and he was like, ‘Oh my gosh, is this for real?’ We were in shock because it happened so soon.”

Now, with their baby due this October, Matt and Dee say they’re most excited about the next phase in their lives.

“I am already a parent, and this will be Dee’s first child, so to live this out with her will be amazing,” Matt says. “She will be an exceptional mother, and we both feel grateful and extremely blessed that we can do this life event together.”

Matt also offers a bit of advice to other couples in similar situations.

“I would encourage someone to not lose hope until you asked all the right questions and you seek out all the best options for your situation,” he says. “Find someone that you trust, find someone that is the leader in their industry, and pray a lot. Ultimately, there is a lot in life we have no control over, but you do have control over how diligent to be and how bad you want something and doing all you can to succeed.”

To schedule a complimentary appointment with Dr. Mechlin call Urology Associates of Central Missouri at 573-499-4990.