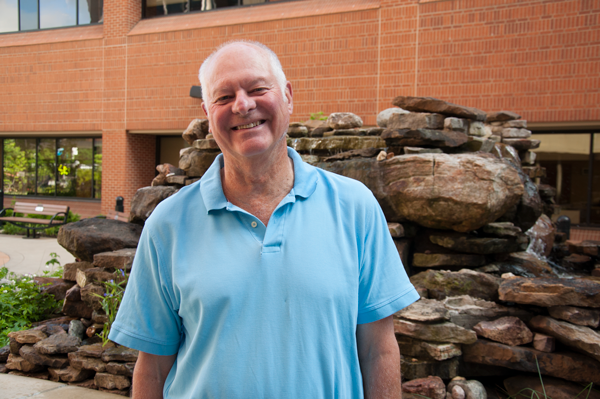 Early PSA testing allowed Bob Roper to live his retirement to the fullest.

77-year-old Bob Roper is living his retirement to the fullest. He is a retired attorney and investment executive who enjoys spending time with his wife Ellen along with their two kids and four grandkids who they often travel to see in Texas. But Bob is quick to tell you his life would be much different if he hadn’t gotten a PSA test several years ago.

A PSA test, or prostate-specific antigen test, is a blood test all men over 40 are recommended to get once a year. Men whose tests reflect high PSA levels, may have prostate cancer.

Bob received the testing and was told his levels were high. His results led to a biopsy which confirmed he did have prostate cancer. The cancer was caught early on, and it was treated before it had time to spread to the rest of his body.

“People who get PSA testing early and manage to detect prostate cancer in its early stages are shown to enjoy 50 percent more life years on average with treatment than people who are discovered to have prostate cancer after symptoms emerge. Screening really is valuable in terms of early detection and early detection has been shown in multiple studies to be valuable in prolonging survival,” says Bob’s doctor Steven Dresner, MD of Urology Associates of Central Missouri.

Symptoms of prostate cancer include trouble urinating or painful urination, pain during ejaculation, blood in the urine or semen, and swelling in the legs or pelvic area. Shortness of breath, fatigue, fast heartbeat, and dizziness may also be symptoms. A PSA test and possibly a digital rectum exam, or “DRE” are commonly prescribed if these symptoms are present.

Bob now receives PSA testing every six months as a precaution. He says he is very grateful that he had the PSA testing done.

“If I hadn’t gotten the testing, I wouldn’t have caught the cancer early, and I would likely have had a much greater problem,” says Bob.

The prostate is a walnut sized gland in the male reproductive system. It is located just below the bladder and in front of the rectum. As men age, the prostate may get larger, causing potential issues.

Advanced age, smoking, obesity, and sedentary lifestyle increase the risk of prostate cancer. One out of five men in the U.S. will be diagnosed with prostate cancer in their lifetime. Early detection greatly increases the risk of survival.

Dr. Dresner is a urologist who specializes in urologic oncology, including the diagnosis and surgical management of the prostate, bladder, and kidney. He also is proficient in reconstructive urology and the management of urinary stone disease. To make an appointment with Dr. Dresner, call (573) 499-4990